Roadmap for the future of gravitational-wave research published in Nature 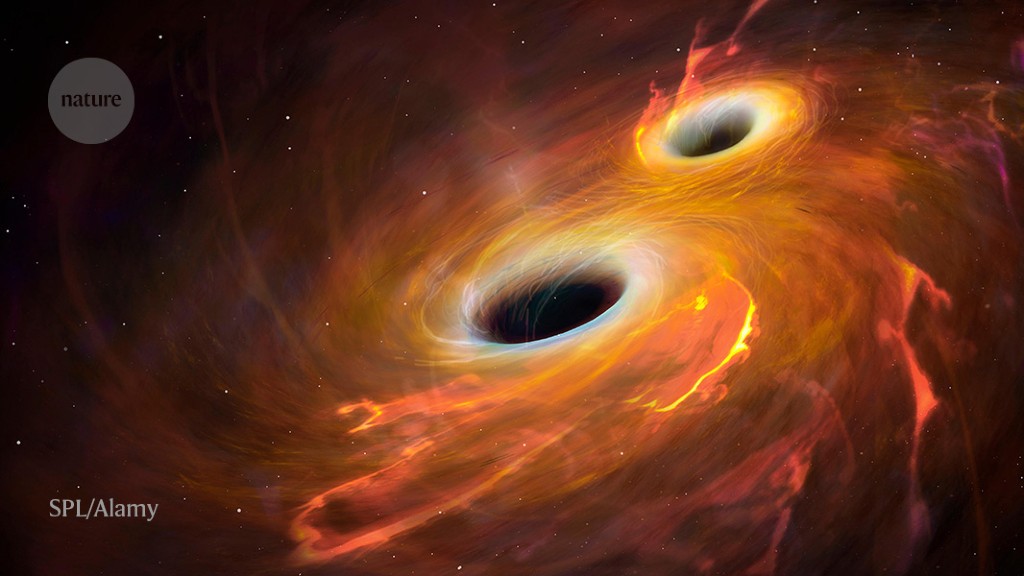 In the latest issue of the scientific journal Nature, a roadmap dedicated to the future of gravitational wave research has been published. This is a field of research that promises to continue to challenge the most established astrophysical and cosmological scenarios in the coming years, while also providing important new observations to help in their updating.

According to the article in Nature, over the next 20 years gravitational-wave physics will be able to make a decisive contribution to the answering of some of the fundamental questions facing the entire physics community. These cover areas such as the nature of the dark matter and dark energy that pervade the cosmos, new clues as to what the ‘gravitational fingerprint’ of the early Universe might offer us, or the not yet fully understood physical mechanisms at play in star collapses or neutron stars. This is just to name a few of the most exciting and important challenges in physics, astrophysics and cosmology today.

In the coming years, LIGO, Virgo and KAGRA, will pass through coordinated data-taking and experimental-upgrade periods, which will help to boost their sensitivity and lead them to detect more than one gravitational event per day (during the fifth observation period, O5, after 2025). There are therefore great expectations for the new findings and results that are anticipated from the next runs.

The scientific community is convinced that it is essential to continue along this path with increasingly powerful and sensitive instruments and detectors. It is therefore important to put in place now, the roadmap that will lead in the coming years to the building and operation of new infrastructures for gravitational-wave research. The authors of this roadmap article are, in fact, all of the scientists of the Gravitational Wave International Committee (GWIC), which was set up in 1997 to facilitate international collaboration and cooperation for the construction of the main infrastructures dedicated to the detection of gravitational waves.

“The GW community has a roadmap”, stated Giovanni Losurdo, Virgo spokesperson and one of the authors of the Nature paper. “An extraordinary science plan for the next two decades: a variety of existing and planned projects, which promise to continue the scientific revolution that began with the discovery of gravitational waves five years ago. Nature has published this roadmap, noting once again the increasing attention of the wider scientific community to this field. In the paper, we list a number of fundamental questions to be addressed through GW observations, which represent an extremely ambitious scientific programme, able to dramatically widen our knowledge of the cosmos.”

a | Concept for the Einstein Telescope. A triangular underground installation with 10-km-long arms is planned. The influence of Newtonian noise is reduced with the underground location, and the multiple detectors in the triangular arrangement give a wide sensing bandwidth and polarization resolution. b | A comparison of the Einstein Telescope and Cosmic Explorer detector configurations. For comparison, the current Advanced LIGO detector is also shown. Panel a courtesy of the ET design study team. (Source: Nature)

The future generation of ground-based observatories, planned for 2030, the Einstein Telescope (in Europe) and the Cosmic Explorer (in the USA), and the LISA space mission, will be able to dramatically extend the observation window for gravitational signals and intercept not only the cosmic cataclysms produced by the fusion of black holes and neutron stars, but also the gravitational signals generated in the early phases of the life of our Universe. In addition to interferometric detectors, Pulsar Timing Array (PTA) telescopes, with their larger antenna networks, more sensitive receivers and broader bandwidth, will likely be able to follow the dynamics of the largest galaxies in the Universe. The broadest horizon of these is of course that of Multi-Messenger Astronomy, whereby gravitational observations can be crossed and complemented with those of electromagnetic telescopes and particle detectors. The observation of the merger of two neutron stars in August 2017, was the first exceptional example of this kind, with the joint observation with gravitational waves from the LIGO and Virgo interferometers and electromagnetic radiation from dozens of telescopes on the ground and in space.

Stavros Katsanevas, director of the European Gravitational Observatory, added, “The most extraordinary thing in this roadmap, is not only that the worldwide gravitational-wave community is forming a closely knit network of detectors, covering the globe, including space, and plans a coherent and well coordinated future, but that at the same time all the measures are taken so that a similarly coordinated network of observatories, detectors and satellites is currently deployed and will be deployed in the near future. This means that a multi-messenger understanding of cosmic processes, using messengers from gravitational to electromagnetic waves and cosmic rays and neutrinos, will be possible, probing events that happened millions of years ago. It will be possible to follow their evolution, second per second, from their violent beginnings and for months afterwards. This is clearly a new era of Astrophysics, the Multi-messenger era.“

The attention of the main European institutions involved in this field is particularly focused on two large and ambitious projects: ET and LISA.

ET (Einstein Telescope) is a pioneering future ground-based observatory for gravitational waves. It will be an underground multi-interferometer system, which will innovate the technologies currently used in second-generation detectors and develop many others, thus playing a central technological, scientific, infrastructural and social role worldwide in gravitational wave research.

LISA (Laser Interferometer Space Antenna) will be a space observatory that will observe gravitational wave sources from microHertz up to hundreds of milliHertz, trace the evolution of black holes from the early Universe to the star-forming era, and contribute to expanding our understanding of galaxy formation and stellar evolution. LISA was preceded by the European Space Agency’s (ESA) LISA Pathfinder mission, completed in 2017, which successfully tested the concept of detecting gravitational waves from space. Scheduled for launch in the mid-2030s, LISA will consist of three spacecraft orbiting the Sun in a triangular formation, where every side is 2.5 million km long. Lisa will capture low-frequency gravitational waves that are not observable by ground-based detectors, produced both by distant and enormous astrophysical objects, such as black holes at the centres of distant galaxies, and by ‘small and nearby’ objects, such as the extinct stars in our Milky Way, as well as being sensitive to potential exotic sources that we cannot yet imagine.