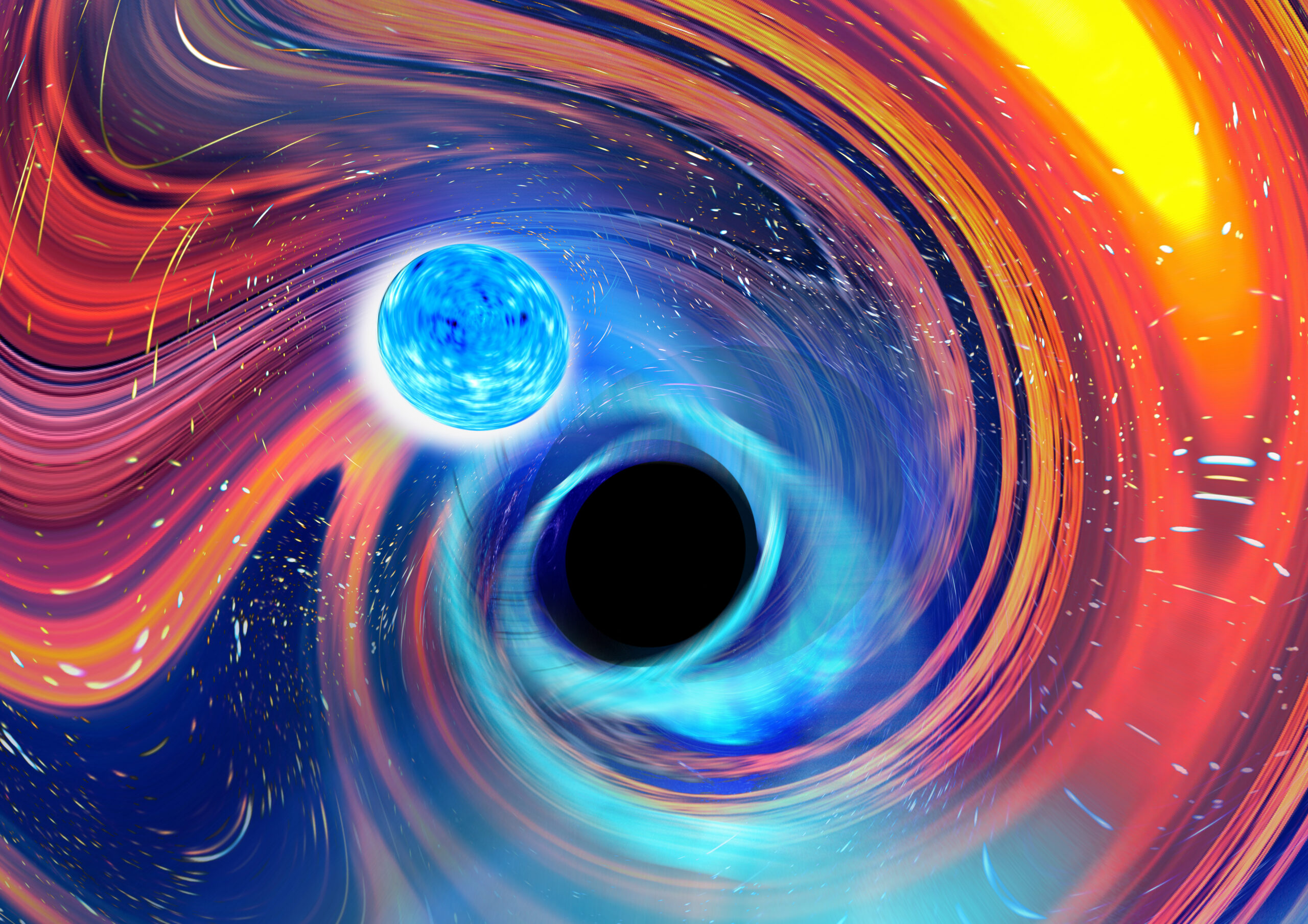 Virgo, LIGO and KAGRA add another missing piece to our knowledge of extreme cosmic phenomena: the first direct observation of pairs consisting of a black hole and a neutron star. This represents a completely new kind of system, since the gravitational waves detected so far were generated by pairs of black holes or pairs of neutron stars. It is a discovery that gives us new insights into the complex mechanisms that may have generated these extreme and rare events and, together with the previous Virgo and LIGO detections, begins to shed light on a yet unexplored cosmic landscape.

The Virgo, LIGO and KAGRA scientific collaborations today announced the first observation ever of binary systems consisting of a black hole and a neutron star (NSBH). This was made possible by the detection, in January 2020, of gravitational signals emitted by two systems, in which a black hole and a neutron star, rotating around each other, merged into a single compact object. The existence of these systems was predicted by astronomers several decades ago, but they had never been observed with confidence, either through electromagnetic or gravitational signals, until now. The result and its astrophysical implications have been published today in The Astrophysical Journal Letters.

On the 5th of January, 2020, the Advanced LIGO detector in Livingston, Louisiana in the US, and the Advanced Virgo detector in Italy, observed a gravitational wave produced by the last few decaying orbits, before the merging, of a NSBH pair; just ten days later a second gravitational-wave signal from the inspiral and merger of a similar binary system, was observed, this time by both Advanced LIGO detectors and the Virgo detector. These two events, nicknamed GW200105 and GW200115 (from the dates of their detection), represent the first observations of gravitational waves generated by a mix of neutron stars and black holes. Two past gravitational signals (GW190814 and GW190426) have been considered NSBH candidates, but without a sufficient level of confidence.

“Double neutron star systems were first observed in the Milky Way in 1974 by monitoring pulses of radio waves emitted by the neutron stars, known as radio pulsars. Astronomers have spent decades searching for radio pulsars orbiting black holes, but have found none in the Milky Way up to now” says Astrid Lamberts, CNRS researcher of the Virgo collaboration at Artemis and Lagrange laboratories, in Nice “ Black hole and neutron star pairs were indeed for astronomers the ‘missing binary’. With this new discovery, we can finally begin to understand how many of these systems exist, how often they merge, and why we have not yet seen examples in the Milky Way.”

The gravitational signals detected in January encode valuable information about the physical features of the systems, such as the mass and distance of the two NSBH pairs, as well as about the physical mechanisms that have generated them and bring them to collapse. The signal analysis has shown that the black hole and neutron star that created GW200105 are, respectively, about 8.9 times and 1.9 times the mass of our Sun (Mo) and their merger happened around 900 million years ago, hundreds of millions of years before the first dinosaurs appeared on Earth. For the GW200115 event, the Virgo and LIGO scientists estimate the two compact objects had masses around 5.7 Mo (BH) and 1.5 Mo (NS) and that they merged almost 1 billion years ago.

The estimated heavier mass in both cases fits within the range predicted for black holes by stellar evolution models. The lighter mass is also consistent with neutron stars and these results indicate that both detected systems are NSBH pairs, even if they have different confidence levels. In this regard, although the statistical significance of GW200105 is not very high, the ‘shape’ of the signal as well as the parameters inferred from the analyses, lead the researchers to believe in its astrophysical origin.

“A large amount of work and computational resources has been dedicated to this parameter estimation. Indeed a crucial issue in the analysis of the data recorded by gravitational-wave detectors is to disentangle the useful information, which always comes mixed with the noise”, said Giancarlo Cella, INFN researcher and Virgo data analysis coordinator. “We need to obtain our best estimates for the properties of the sources and at the same time we want to know what is the probability that the identified signal might be just a random fluctuation”

An additional proof of the detection of a mixed neutron star black-hole system would have been the detection of electromagnetic radiation along with the gravitational waves. In fact, if the masses of the two compact objects are roughly comparable, the neutron star, while approaching the black hole, is subjected to such powerful tidal forces that it is broken up. In this case, in addition to gravitational emissions, one could also observe spectacular flares of electromagnetic radiation, due to the disintegration of the stellar matter around the black hole: a mechanism similar to that which leads to the formation of accretion disks around giant black holes at the center of galaxies. This probably did not occur for either GW200105 or GW200115, because in both cases the mass of the black hole was too large, so once the separation between the two objects has been sufficiently reduced, the black hole has, so to speak, swallowed its companion in one bite.
“We got the evidence that our sensitivity is now above the threshold needed for detecting systems of this kind”, claimed Cella, “and we expect that we will do this routinely in the next runs.”

“The fact that we have now detected the three types of binaries will help us to develop theories that explain the properties of all of them consistently”, added Astrid Lamberts “In fact, this discovery allows us to deepen our knowledge of the most extreme phenomena in the Universe, helping us understand better which mechanisms may have generated them.”

The result announced today, alongside the dozens of detections made by Virgo and LIGO to date, allow us, for the first time, a close observation of some of the most violent and rare phenomena in the Universe and to draw an unprecedented picture of the crowded and chaotic regions that are one of the possible nursery environments of these events. Furthermore, the detailed information we have started to collect about the physics of the black hole and star mergers, gives us the chance to test the fundamental laws of physics at extreme conditions, which obviously we will never be able to reproduce on Earth.

“The discovery announced today is one more gem in the treasure of the 3rd LIGO-Virgo observing run”, stated Giovanni Losurdo, Virgo spokesperson and INFN researcher. “LIGO and Virgo keep unveiling catastrophic collisions, which have never been observed before, shedding light on a truly new cosmic landscape. We are now upgrading the detectors with the aim of looking much farther into the depth of the cosmos, searching for new gems, seeking a deeper understanding of the universe we live in.” 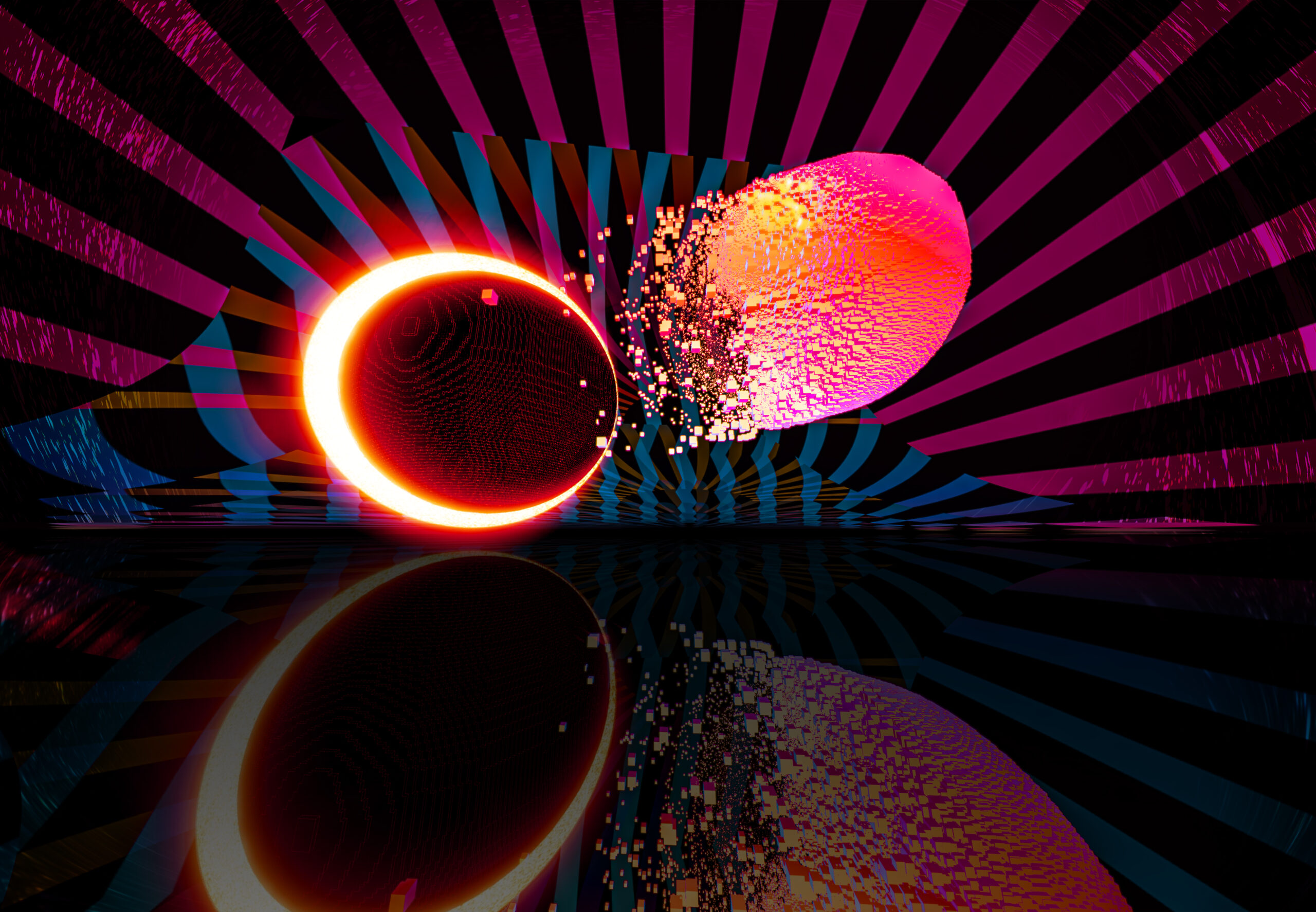 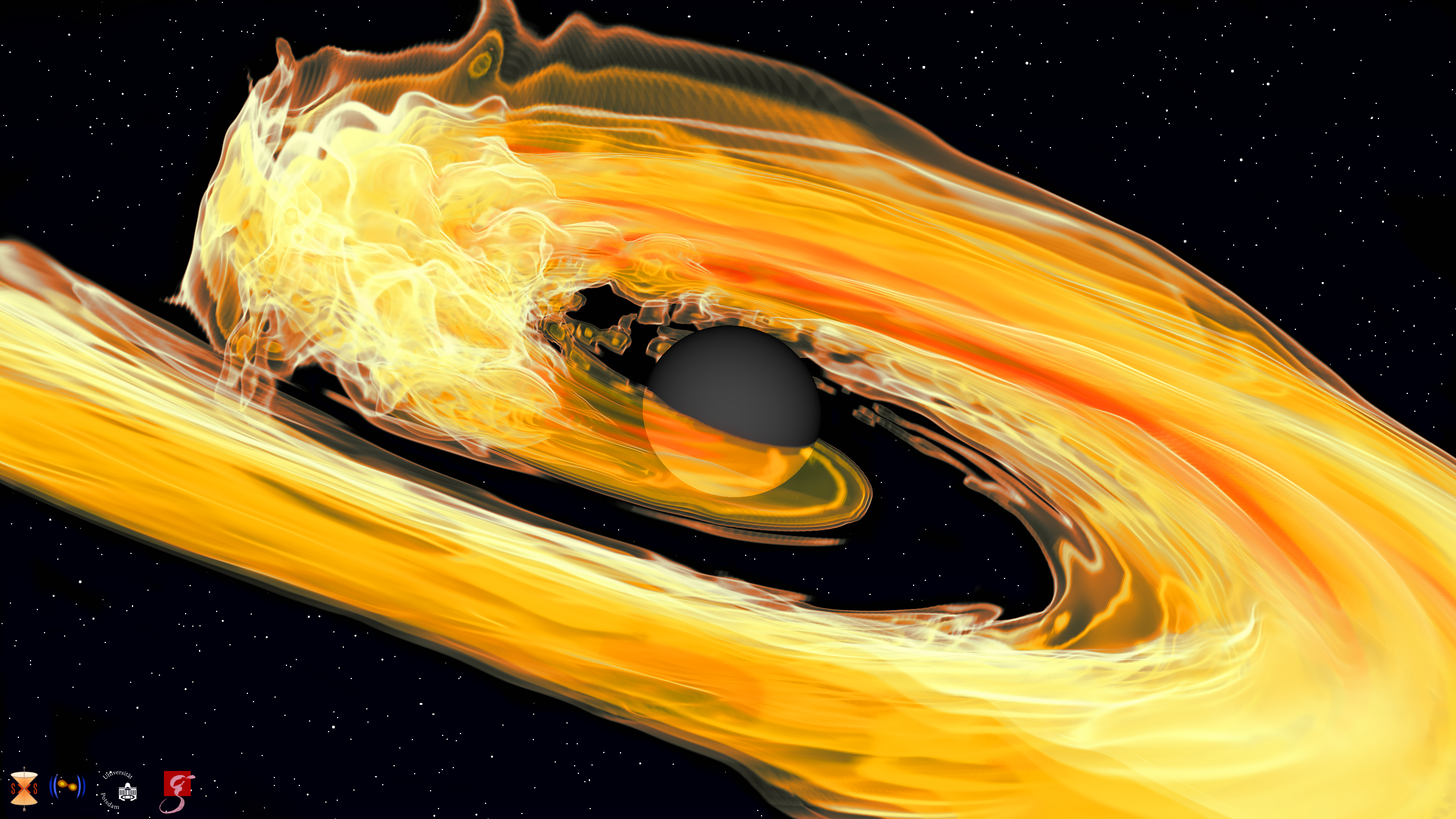