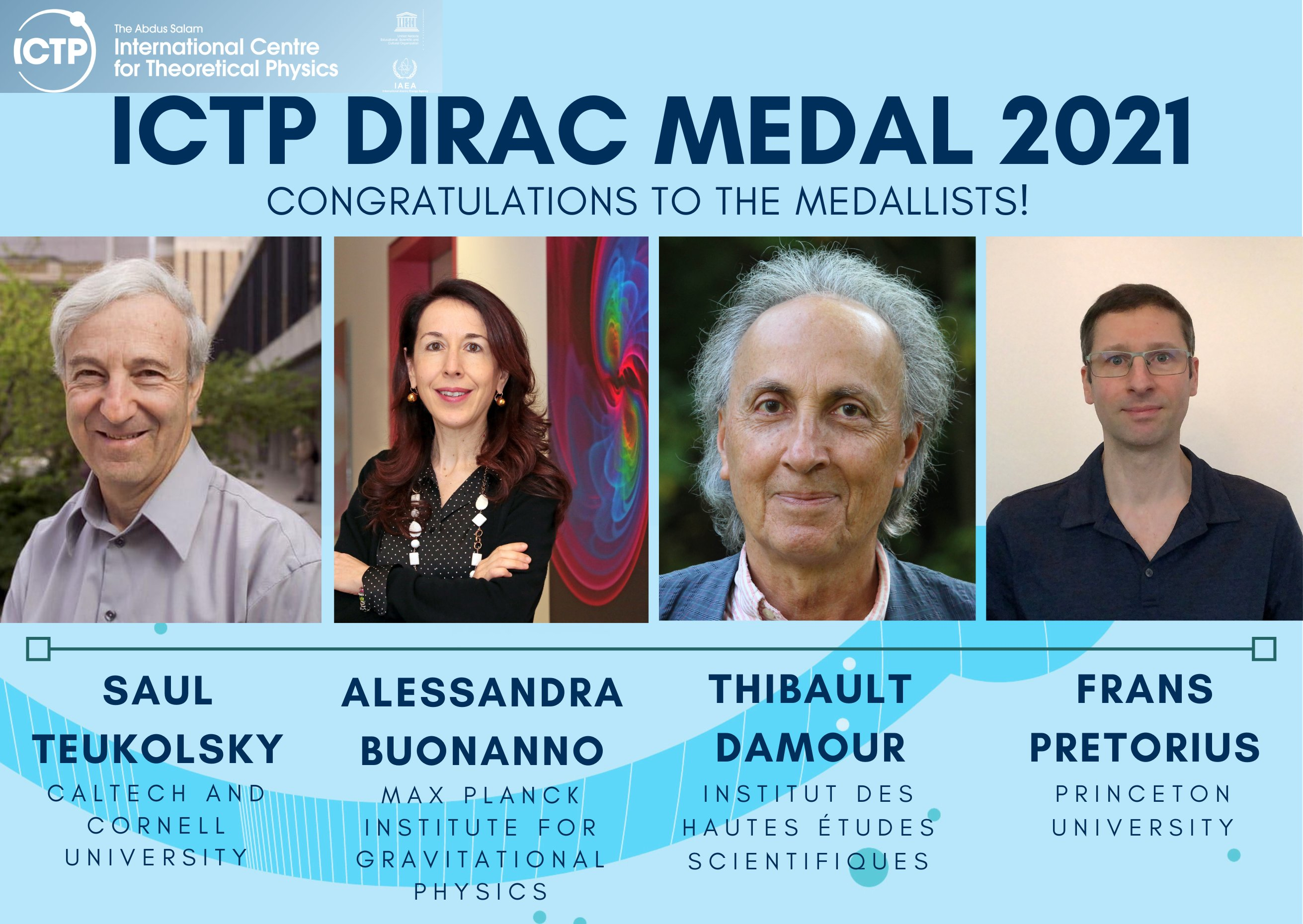 “The four physicists have received the medal for establishing the predicted properties of gravitational waves in the curvature of spacetime produced when stars or black holes spiral together and merge”, states ICTP, “The energy released in gravitational waves can be impressively large but the gravitational interaction is so weak that detection and interpretation required very sensitive measurements and reliable knowledge of what to look for. The four Dirac medallists were responsible for resolving the great challenges of”. The work of the four Dirac medallists was crucial for LIGO and Virgo to be able to perform the accurate computations of the predicted waveforms that gravitational wave detections require.

Alessandra Buonanno, who is the second woman to ever receive the Dirac Medal, is Managing Director of the Max Planck Institute for Gravitational Physics and Head of its Astrophysical and Cosmological Relativity division. Thibault Damour is Professor of Theoretical Physics at the Institut des Hautes Études Scientifiques (IHÉS), France. Together with Pretorius, they both won the Galileo Galilei Medal awarded by INFN earlier this year, for the same theoretical studies in gravitational wave physics.