Virgo data to study climate change and the sea 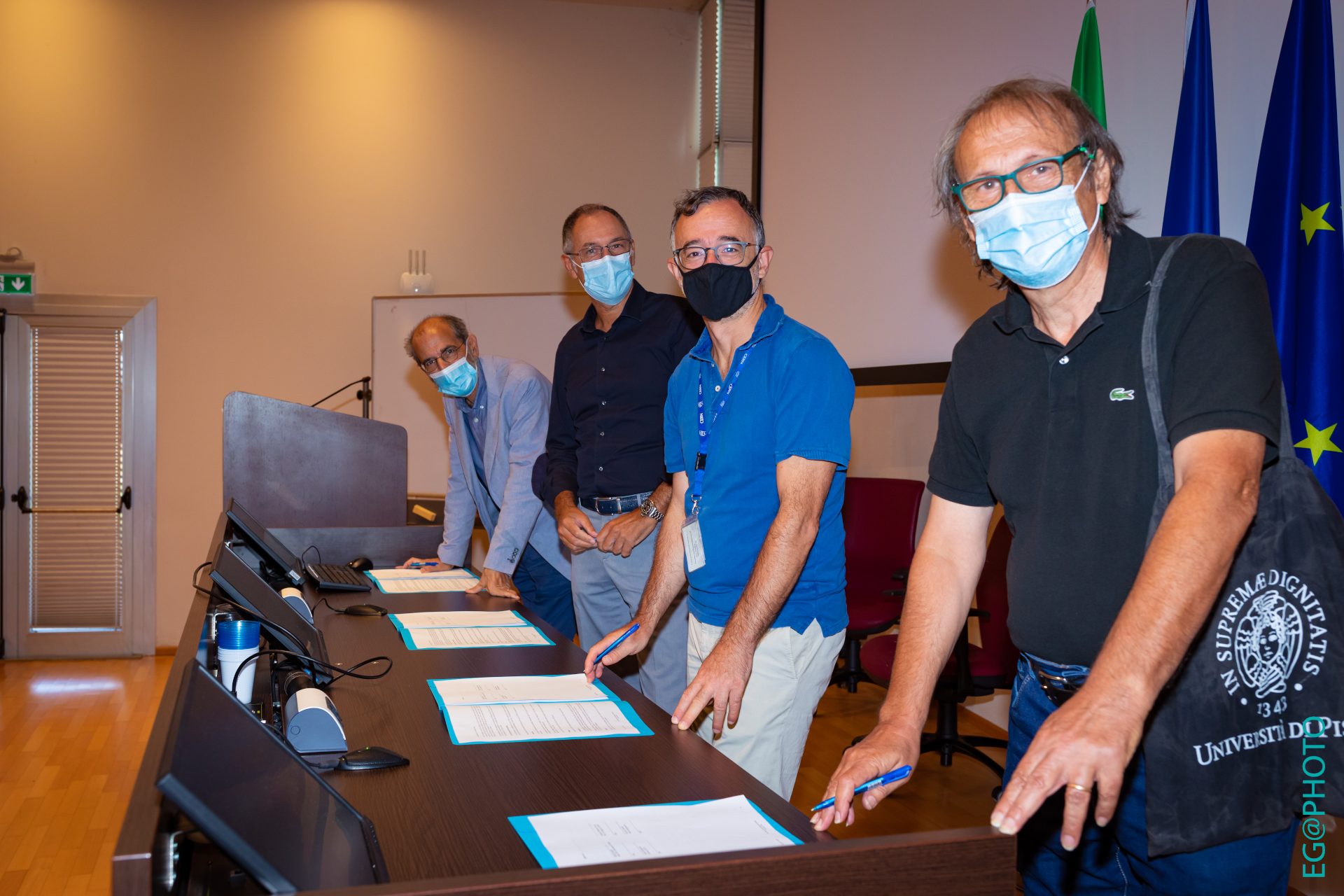 Virgo data to study climate change and the sea

An agreement among the University of Pisa, the European Gravitational Observatory (EGO) and the scientific collaboration for the sharing of data on wave motion in the Tyrrhenian Sea.

With its two 3-kilometer arms laid in the Pisan countryside, near Cascina, the Virgo interferometer is not only one of the three largest and most sensitive gravitational wave detectors in the world. Precisely in order to reveal the oscillations of space-time, generated millions or even billions of light years from Earth, Virgo physicists need in fact to recognize (and if possible shield the detector from) all the ‘noises’ of human or environmental origin, which could cover the faint gravitational signals: seismic vibrations and tidal motions, sounds and perturbations of human origin, such as airplanes, agricultural or industrial activities, up to the minimum periodic movements of the earth’s crust or the ‘beats’ of wind turbines.
This is an incredible scientific and technological challenge, which today allows the detector to measure variations in the length of its arms smaller than the diameter of a proton: one billionth of a millionth of a meter.
“At the same time, this grueling hunt for external perturbations makes the interferometer and the corollary of sensors it uses, a large and very sensitive ear that listens to the environmental context in which it is immersed – says Stavros Katsanevas, director of the European Gravitational Observatory of Pisa – And, potentially, it transforms Virgo and EGO into an extraordinary laboratory for studying environmental phenomena: for example, seismic activity or tidal trends and wave motions near the Tuscan coast. “
An opportunity that the Department of Biology of the University of Pisa, which has always studied the marine ecosystem near the Tuscan coast, did not miss.
“In fact, both human activities and climate change – says Lisandro Benedetti-Cecchi, professor of Ecology and Vice Rector for European and International Research at the University of Pisa – are among the main factors that influence coastal marine biodiversity. However, being able to accurately measure and identify the impact of the various factors involved requires the analysis of very large and diverse data sets, produced by observations over long periods of the interactions between environmental phenomena and marine organisms. “
What EGO and Virgo can provide biologists at the University of Pisa is a direct measurement of the impact of the waves on the coastline, which reverberates in the seismic sensors of the interferometer. In addition, the great temporal resolution of the data, made available by physicists, will allow a team of biologists and geologists of the Pisa University to build more precise models of coastal erosion and predict how much climate change may intensify in the future. extreme weather events or warmer sea currents and their impact on coastal marine biodiversity.
“The comparison with the data, which we have been collecting for over 20 years, on the populations of algae and invertebrates along the Livorno coast – argues Lisandro Benedetti-Cecchi – could help us establish a link, not yet well studied, between global climate change and variations in marine biodiversity along the coasts. And also to define how much and whether the presence of marine micro- and macro-organisms actually contributes to mitigating the impact of coastal erosion. “
Furthermore, by comparing the historical series of biological data and those collected in the last 15 years by Virgo, it will be possible to more precisely determine the changes in sea level in the past and therefore contribute to the projections on the rise of this level in the coming years.
“In recent decades we have collected and stored a set of environmental data (seismic, meteorological, electromagnetic pollution …) that is almost unique for its vastness and temporal continuity – says Giovanni Losurdo, spokesperson of the international scientific collaboration of Virgo – I am convinced that the sharing of these data and the interdisciplinary collaboration will produce interesting developments and important innovations in many unexpected fields in the coming years. “
“In this direction, our first and most natural interlocutor is the University of Pisa – concludes Stavros Katsanevas, director of EGO – and that is why we are particularly happy with the signing of this agreement. With the hope that it will be a further piece of the ever closer and more profitable connection between all the scientific and technological excellence of Tuscany.”