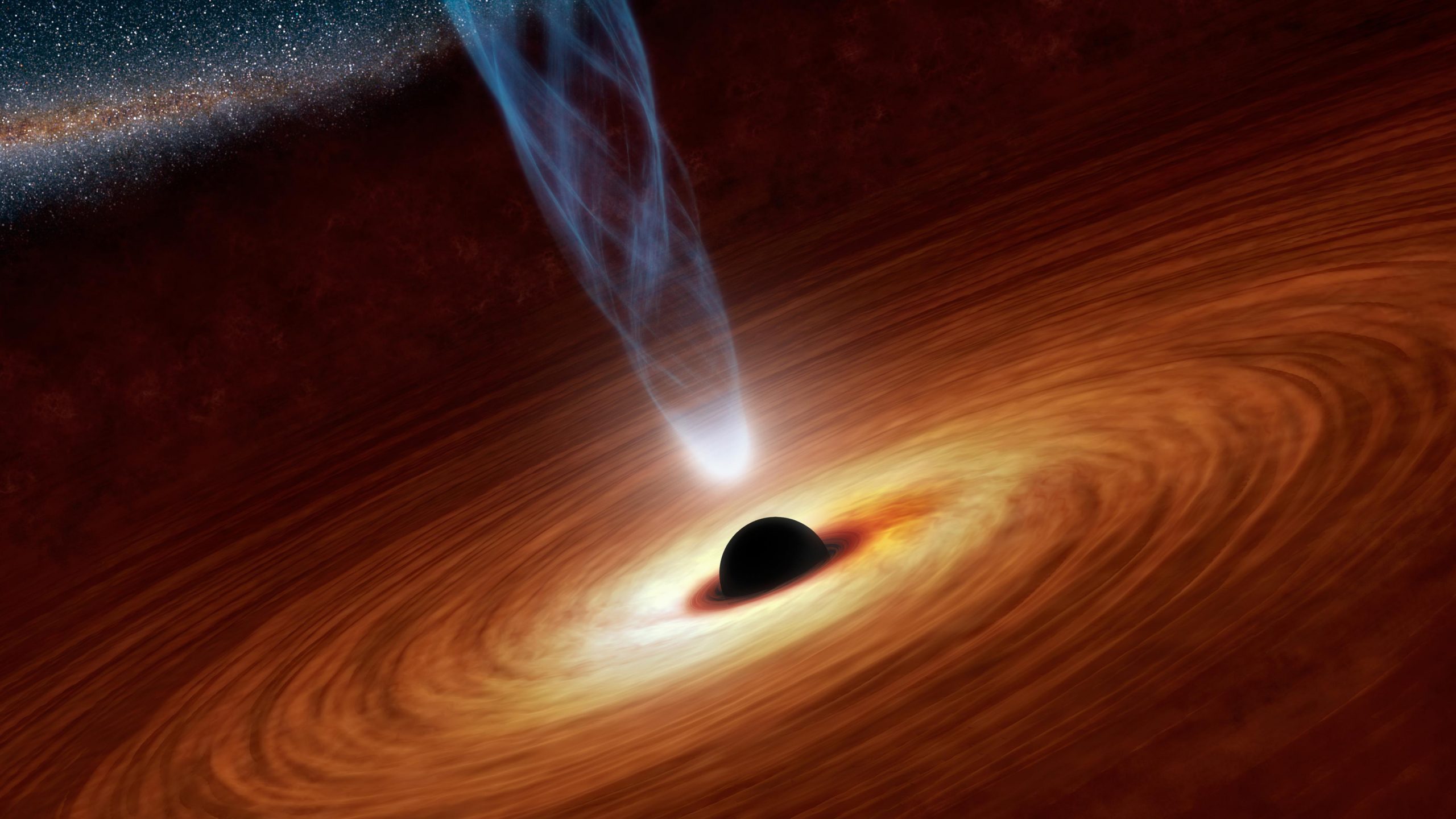 An artist’s depiction of a black hole at the center of a galaxy.

The 2020 Nobel Prize in Physics was awarded to Roger Penrose, Reinhard Genzel and Andrea Ghez for their discoveries about one of the most exotic phenomena in the universe, the black hole.

EGO and the Virgo Collaboration warmly congratulates the new Nobel laureates on their achievement.

“Research on the dark universe, once an exotic subject, is becoming more and more mainstream“, commented Giovanni Losurdo, the Spokesperson of the Virgo Collaboration and INFN researcher. “The announcement of the discovery of gravitational waves in 2016 was also the first ever detection of a black hole through GW. Since then Virgo and LIGO have detected dozens of binary systems of black holes, allowing us to take a closer look at the physics of these still partly mysterious objects and at the mechanisms of their formation. This year’s Nobel Prize encourages us to continue our research.“

“This Nobel confirms the fact“, adds Stavros Katsanevas, director of the European Gravitational Observatory, “that, since the middle of the 20th century, the sky, which was once a geometrical but magnificent collection of luminus points; the stars and galaxies, has also become a a landscape of dark and violent phenomena, the study of which through gravitational waves, as studied in Virgo and multi-messenger physics, brings a deeper understanding of the structure of the cosmos.“