IEEE Milestone of science and technology
For Virgo and LIGO 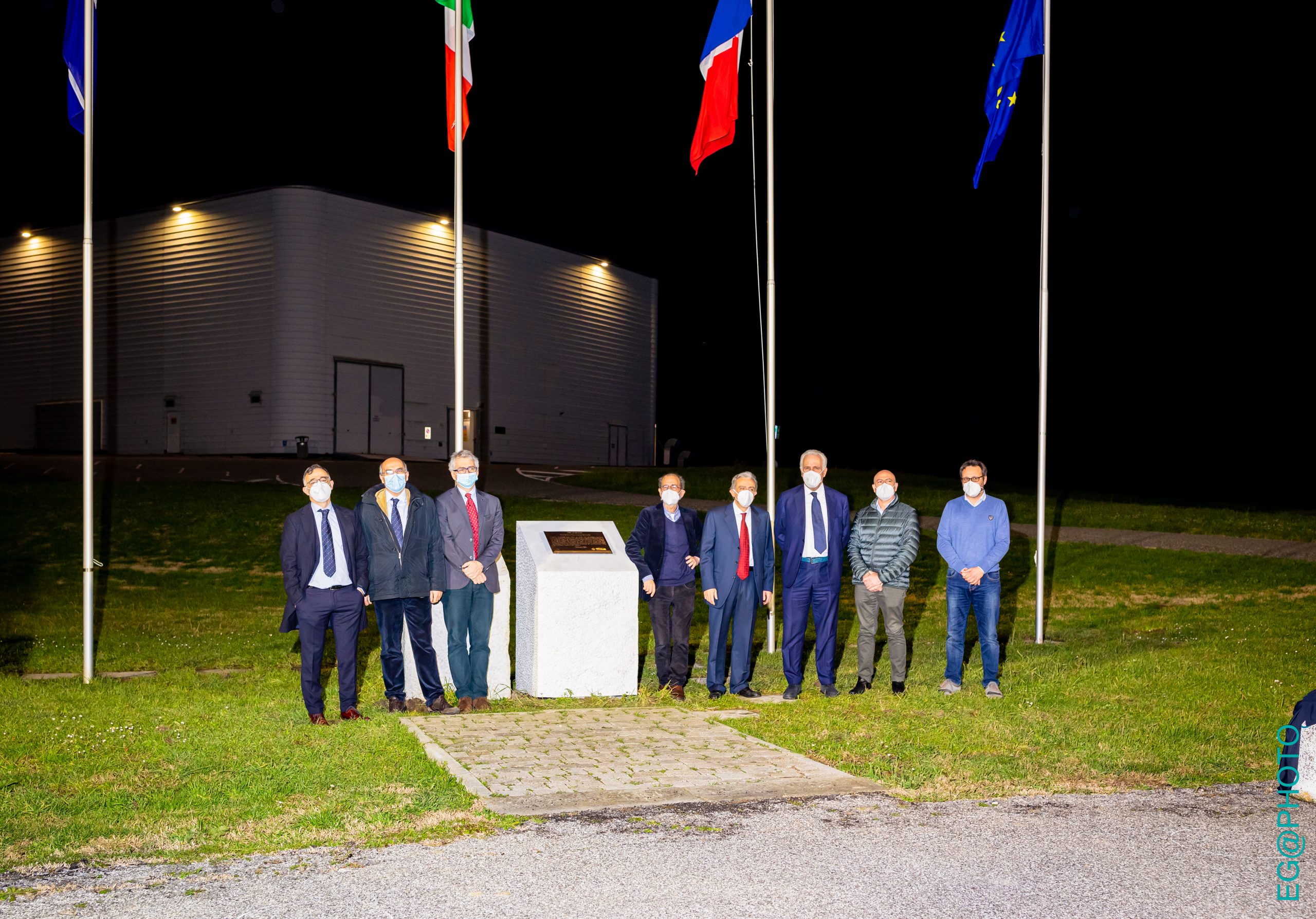 The ceremony was held yesterday 3rd February 2021 as a global event, during which the Italian site of the European Gravitational Observatory – EGO in Cascina was connected via network with the equivalent US sites in Livingston in Louisiana and in Hanford in the state of Washington. The event saw the participation of, among others, the president of the IEEE Kathy Susan Land, the governors of the two US states, the President of Tuscany Eugenio Giani, the presidents of the US and European Funding Agencies involved: the American National Science Foundation – NSF, the Italian Istituto Nazionale di Fisica Nucleare -INFN, the French CNRS – Centre National de la Recherche Scientifique, the Dutch NWO – Netherlands Organisation for Scientific Research and the three Nobel laureates for the discovery of gravitational waves: Barry Barish, Kip Thorne and Rainer Weiss. 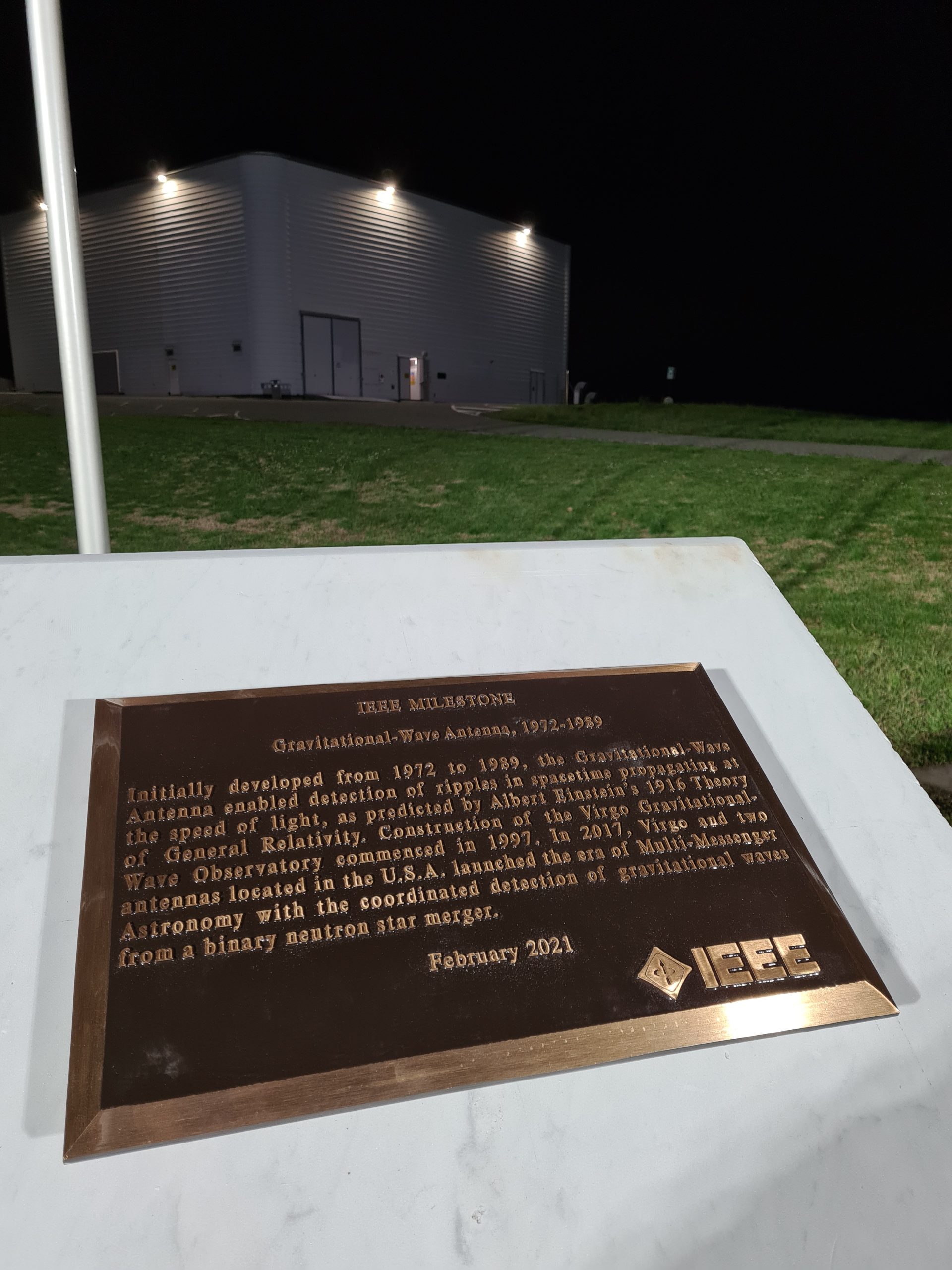 “The scientific endeavour of the detection of gravitational waves and of Virgo is an extraordinary story – said Stavros Katsanevas, Director of EGO – European Gravitational Observatory – in which the persistence and the visionary spirit of some scientists, like Adalberto Giazotto and Alain Brillet, have opened a new field of knowledge and inaugurated  a new era of cosmic observations. Furthermore the same technologies that we have invented to detect echoes from the merging of black holes or stars millions of light years away from Earth can have important applications for society, for example to study earthquakes or climate change. This way gravitational observatories can become antennas listening to the environment near us in addition to exploring the far cosmos.”

“This recognition marks the celebration of a great scientific discovery and the gigantic work needed over decades to achieve it – declared Giovanni Losurdo, Virgo spokesperson and INFN researcher  – We receive this award convinced that, in the coming years and decades, Virgo, LIGO and the forthcoming Einstein Telescope will contribute to reaching new milestones, for the science and for the society in which we live and operate every day.”

“This IEEE milestone award is honoring a truly exceptional achievement, both scientific and technical – stated  Reynald Pain, Director of the Institut National de Physique Nucléaire et de Physique des Particules IN2P3 – CNRS – It shows that by investing in developing cutting-edge technologies, such as that needed to make perfect mirrors, for example, and by gathering talented people from all over the world, we are able to push further the frontier of knowledge. CNRS is proud of being part of this amazing adventure.”

“1916-2016, the discovery of gravitational waves was a century-long scientific and technological undertaking: these hundred years between Einstein’s theoretical prediction and their first observation mean first of all that when doing science you must have vision, courage and determination ”, comments Antonio Zoccoli, president of INFN. “We have designed and developed cutting-edge solutions in many technological and engineering sectors to build our Virgo and LIGO interferometers,  a frontier technology that is already finding applications in our society.” “Now, strengthened thanks to this experience, we are ready to face a new challenge, the Einstein Telescope, for a third generation interferometer capable of further expanding our horizons, our knowledge of the universe and our technological capabilities.”

“This IEEE Milestone Ceremony is a reward that fully fits this highly inspiring and challenging research. We as Nikhef are proud to be involved in this scientific and technological quest.” said Stan Bentvelsen, director of the National institute for subatomic physics Nikhef, The Netherlands. 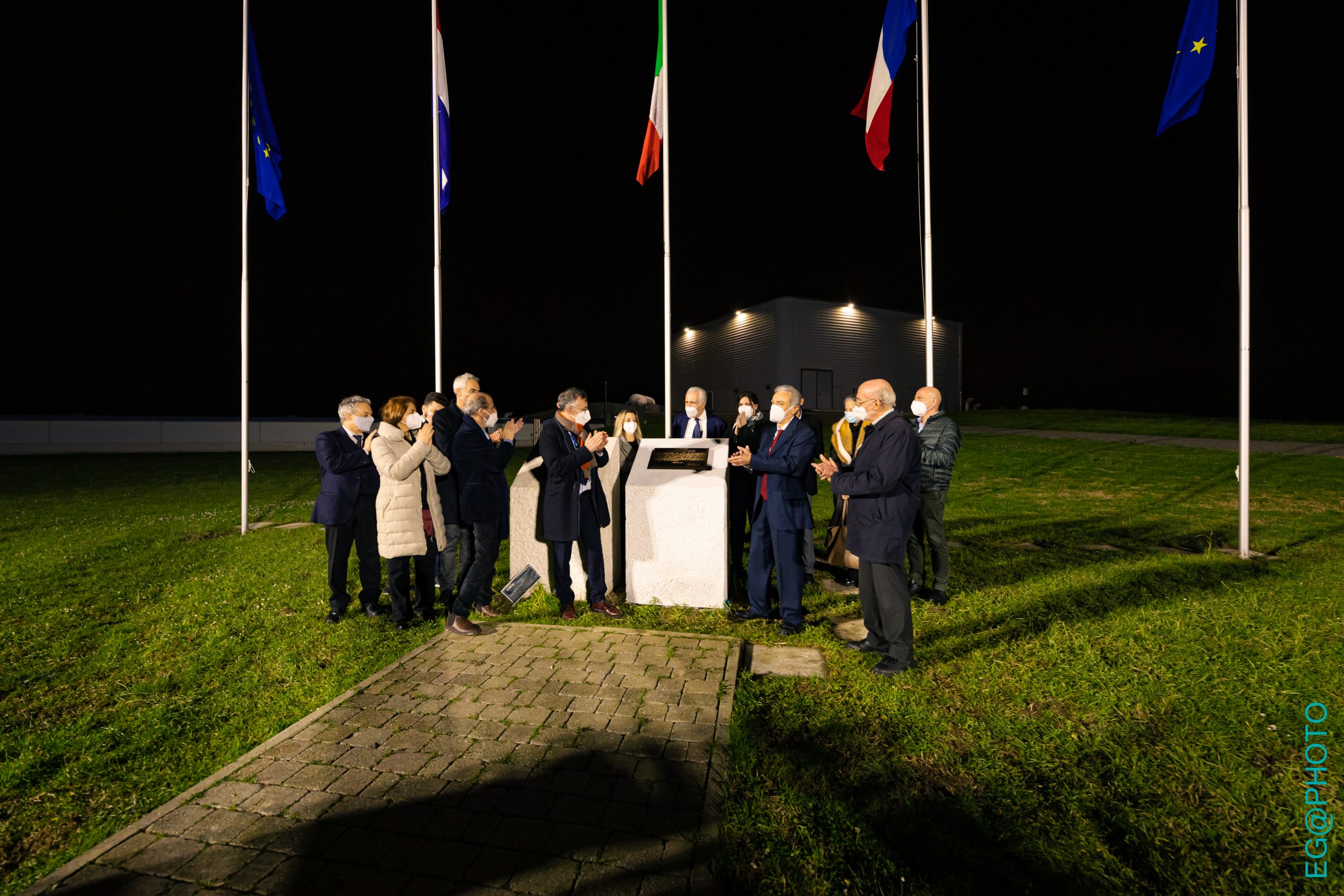 A moment of the unveiling of the plaque

The IEEE Milestone program was launched in 1983 by the Institute of Electrical and Electronics Engineers – IEEE to celebrate the most significant achievements in IEEE’s areas of interest. For instance in Italy the program awarded in the past included several milestones in scientific and technological progress: for instance, the invention of the electric battery by Alessandro Volta and the experiments with the wireless telegraph by Guglielmo Marconi in Italy and the discovery of Radioconduction by Edouard Branly in France.

A registration of the event is available on the EGO/Virgo youtube channel: youtube.com/c/EGOtheVirgoCollaboration