Phase I of the upgrades to Advanced Virgo + completed 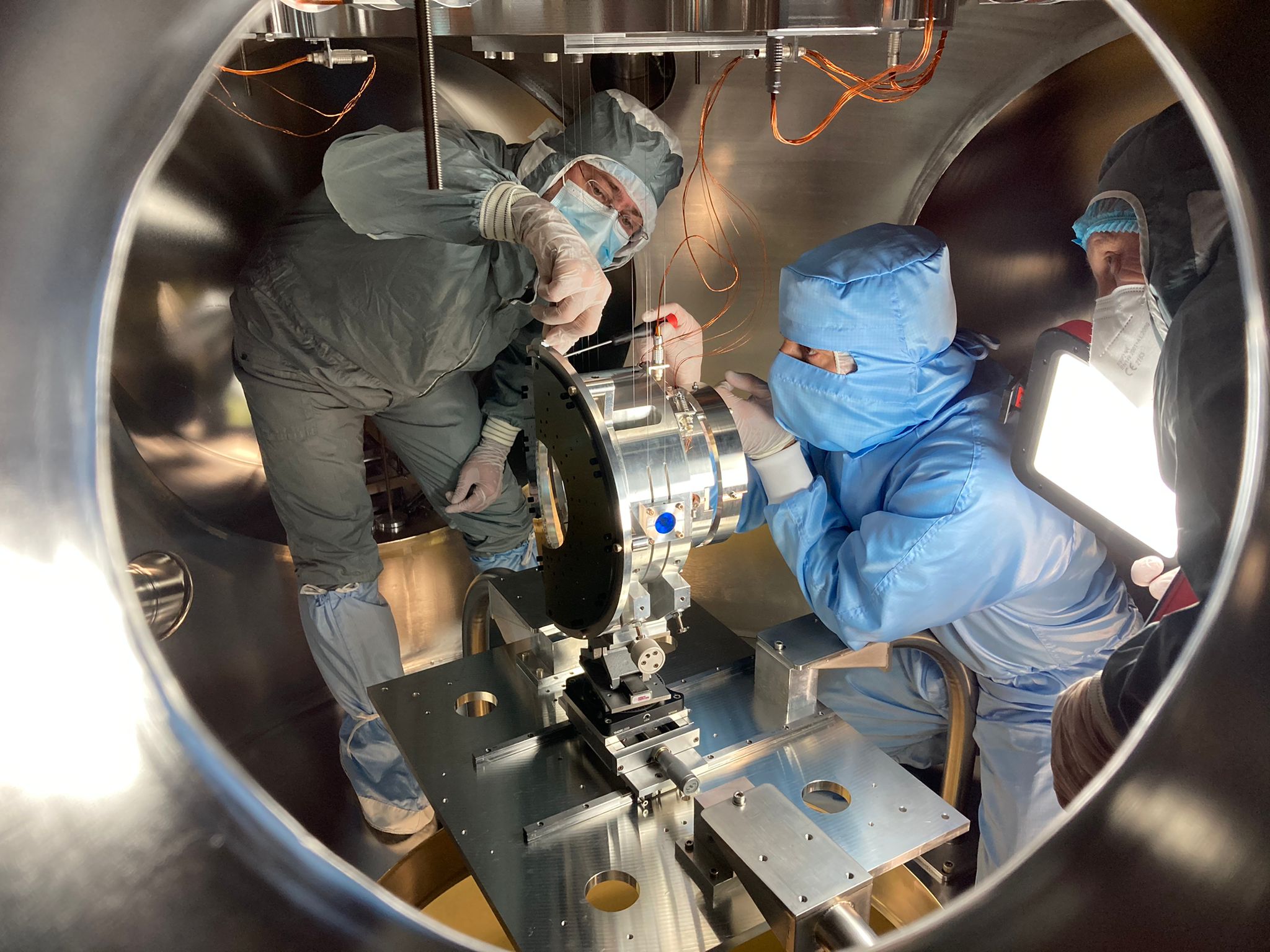 Researchers from IFAE-Barcelona installing the instrumented baffle at Virgo

Ten months after the beginning of the upgrade to Advanced Virgo+, Phase I of the installation is completed.

“Despite considerable difficulties due to the Pandemic, we are glad to announce the conclusion of the first part of the hardware upgrade to Virgo AdV+, called Phase I, in a relatively short time. -said Raffaele Flaminio, AdV+ project leader – Now an equally important and challenging phase begins, the so called commisioning phase, i.e. the fine-tuning of all the detector components after the performed upgrades, in order to reach the design sensitivity for the fourth observing run!”

The last upgrade works, that marked the end of Phase I in the past few weeks, have been the installation of the new payload for the Input Mode Cleaner and the depolyment of the sensors for fighting Newtonian noise. The new IMC payload brings in improvements on both the mechanics and surface quality of the mirror; it is also equipped with brand new baffle to absorb diffused light, instrumented to sensors that allows to monitor such diffused light, a significant source of noise for the interferometer.

Newtonian noise at Virgo is mainly due to small changes of the gravitational field around the interferometer mirrors, caused by density fluctuations of seismic origin. The newly installed sensors will allow to monitor such noise, which can later be subtracted.

Other major works in this upgrades phase concerned a more powerful laser source, the installation of a suspended Signal Recycling Mirror, that allows to increase the effect of the gravitational wave measured by the interferometer, and the upgrade of the squeezing technique, already used in the past Observing run O3.

Squeezing is a technique that uses quantum mechanics to improve the sensitivity of the detector. For the next run O4, thanks to the upgrade Virgo will be able to use a frequency-dependent squeezing so to gain in sensitivity at high frequencies (by reducing the photon counting noise) while avoid being limited at low frequencies. To make this possible a new, 300m long, ultra-low-loss optical cavity had to be installed, parallel to the 3km long North arm of Advanced Virgo, in a separated vacuum pipeline.

The goal of these and other upgrades that have been carried out is to bring Virgo, after commissioning, to a sensitivity that is about double that of the last observing period. This means that during its fourth observation run (O4) which will start next year, Advanced Virgo could be able to explore a portion of the universe about ten times bigger, with chances of detecting gravitational wave signals every day!