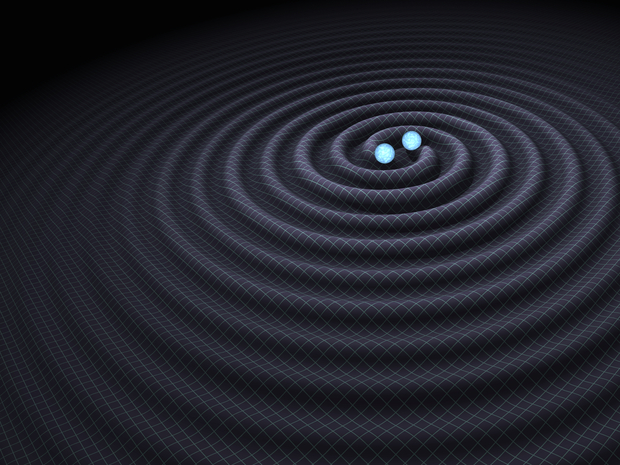 Four “scientific projects of major national interest”, the so-called “Prin“, funded by the Italian Ministry of Universities and Research for 2021, concern the study and astronomical research linked to the detection of gravitational waves. The PRIN ranking, published last week by the Italian Ministry for Education, Universities and Research, has awarded prizes to three projects connected with the construction of the future third-generation European gravitational wave detector Einstein Telescope (ET), as well as research aimed at developing new instruments for analysing the gravitational signals of existing or future interferometers, such as Virgo and LIGO.
This extraordinary result highlights, once again, how gravitational waves are a crucial new frontier in the sciences of the universe.

Among the six projects selected in this year’s PE9 (Science of the Universe), the project ‘Low-frequency Versus Cryogenics for ET [Einstein Telescope]’ (LoVeC-ET) took first place. LoVeC-ET is coordinated by Ettore Majorana of Rome’s La Sapienza University and dedicated to the application of cryogenics to cool Einstein Telescope mirrors at low temperatures, down to 10-20 degrees Kelvin, thus significantly reducing thermal noise.

“Our goal,” explained Prof. Majorana, “will be to demonstrate that it is possible to limit thermal noise by lowering the temperature of the interferometer’s mirrors, without affecting the functioning of the sophisticated seismic attenuation system, which is essential for the detection of gravitational waves. This is a challenge that INFN and La Sapienza University of Rome, the University of Urbino Carlo Bo and the Universities of Perugia and Rome Tor Vergata have agreed to share.“

Second prize was awarded to the project coordinated by Francesco Fidecaro of the University of Pisa, “Toward high mass and high Z black holes at Sos Enattos, the Sardinian site for the Einstein Telescope“. Building on the experience of Virgo’s superattenuators, the project aims to develop a system capable of isolating ET mirrors from seismic ground vibrations down to frequencies of 2 Hz. The new superattenuators, which are smaller and less expensive than the original design, would then be tested at the Sar-Grav lab in Sos Enattos.

“By extending the sensitivity of the new third-generation detectors, such as the Einstein Telescope, to lower frequencies,” said Prof Fidecaro, “we will have a better chance of detecting binary systems, rotating neutron stars and the stochastic background of gravitational waves. A few Hz is also the highest frequency of gravitational waves emitted by binary black holes with a total mass of the order of 1000 solar masses, as well as smaller systems that are closer to the origins of the universe.”

Fourth prize was awarded to the project “Cutting-edge strategies to identify new GEMS (Gravitational- and ElectroMagnetic-wave Sources) in the Universe with current and next-generation detectors“, coordinated by Pia Astone of the INFN in Rome. The aim of the research is to detect gravitational wave sources such as isolated neutron stars or newly formed magnetars, which emit continuous periodic waves, with emission times varying between hours and years.

“The funding for this project comes at a particularly important time for this type of research,” says Astone, “it is a question of improving the sensitivity of the search for a type of gravitational signal that has not yet been detected (continuous or almost continuous) and the combination of the competences of the proposers INFN, Sapienza and INAF could be fundamental to be ready for new positive surprises already in the analysis of the data of the next scientific run (O4) of the LIGO/Virgo/Kagra detectors.“

Fifth prize was awarded to the project “METE = Multimessenger astronomy in the Einstein Telescope Era“, coordinated by Marica Branchesi of the Gran Sasso Science Institute, which aims to develop tools, knowledge and analysis techniques for the Einstein Telescope, in particular for multi-messenger astronomy, i.e. for the observations that ET will be able to carry out in synergy with innovative electromagnetic observatories, such as CTA, Athena, the Vera Rubin Observatory, JWST, ELT, SKA or future space missions such as THESEUS and HERMES.

“METE will allow us to build the foundations of multi-messenger astronomy in the ET era, thanks to which we will be able for the first time to explore the Universe throughout its cosmic history up to the cosmological dark ages.“, says Branchesi, “It is a privilege for me to lead such a rich group of physicists and astrophysicists from GSSI, INAF, INFN and the University of Padova.“