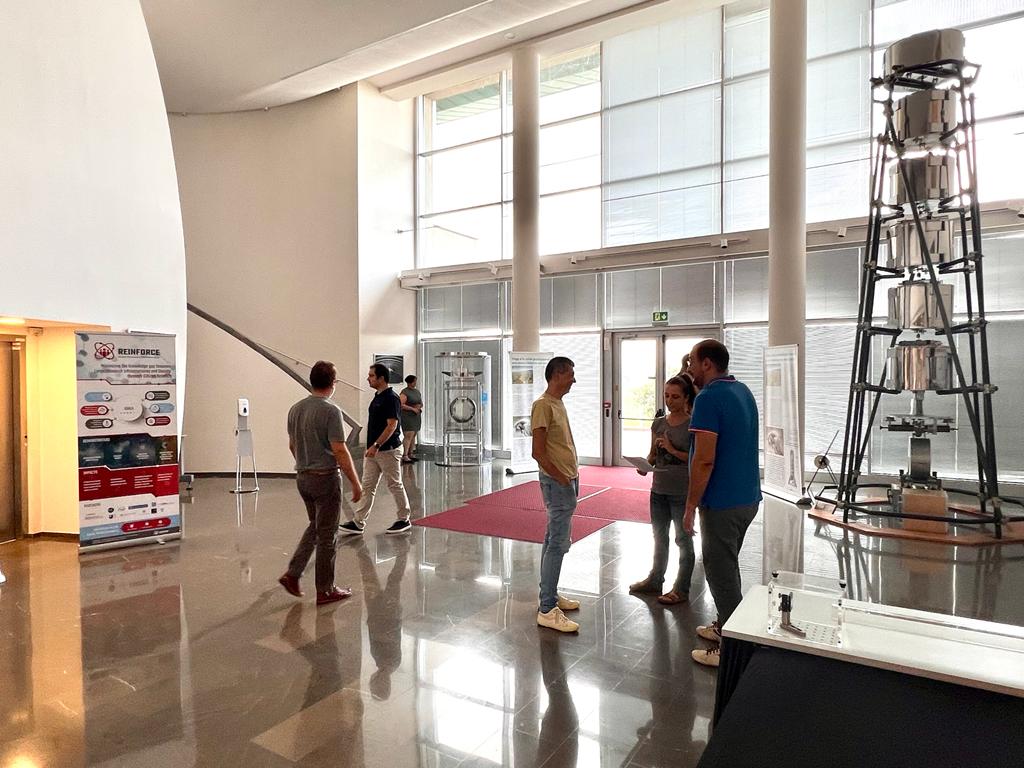 Two days to explore the experiences and potential of Citizen Science projects in Physics and Astronomy. The workshop “Fostering citizens’ role in the advancement of ground-breaking research in Fundamental Science”, organised at EGO on September 1st and 2nd, was attended by researchers from all over the world, as part of the European project

REINFORCE (Research Infrastructures FOR Citizens in Europe), supported by the European Union’s Horizon 2020 SWAFS work programme “Science with and for Society”.

facilities for neutrino detection (KM3Net), the world network of Underground Laboratories and particle physics experiments at CERN in Geneva. An innovation that was also deeply explored was the sonification of data as a means to increase not only inclusion but also our perception of scientific reality.

EGO Director Stavros Katsanevas noted that “A key finding of the workshop and at the centre of the discussion that followed was that citizen science projects are not simply a manifestation of the old-fashioned concept of “outreach”, outdated these days, as an example of a one way channel to communicate with citizens, but have the potential to become a science tool, engaging citizens in the co-creation of science and contributing to scientific research per se, while at the same time diffusing in society the scientific critical thinking “

In addition to reflections on single projects, future perspectives and the global impact of Citizen Science, there were also discussions on the web tools and platforms that make it possible for citizens to participate in research, such as the largest and most popular platform

for people-powered research, Zoouniverse, on which more than a million people around the world come together to assist professional researchers.

A special focus during the workshop, which was also attended by key members of this field from the US and South America, was on European research infrastructures. The European REINFORCE project, led by EGO, promotes the idea that scientific and technological excellence and innovation cannot be separated from the ability of research centres to

connect with society and the surrounding ecosystems in general. It is therefore essential to provide citizens with the necessary tools to become critical users of scientific knowledge by creating an ecosystem that enables new forms of co-creation between scientists and citizens.